PCV condemns the escalation of the US economic blockade 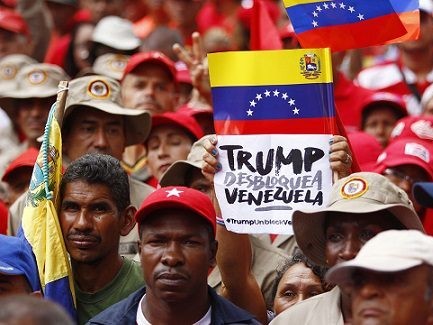 Communist Party of Venezuela on the new sanctions of the US.

On August 8, the Department of International Politics of the Communist Party of Venezuela (PCV) made a statement condemning the imposition of the new economic sanctions by the government of the United States on the Venezuelan State and indicating that the strengthening of the financial blockade will only deepen the suffering of the people, and is far from contributing to a peaceful solution to the internal conflict.

Carolus Wimmer, Secretary of International Relations of the PCV, assured that “Due to the ever more notorious failure of the Guaido experiment and of the coup d’état directed by the White House against the Bolivarian government, President Trump has decided to up the financial and commercial blockade, as well as the imperialist war rhetoric against our country.” He also highlighted that the measures also have the objective of "legalising the looting of the assets of the Venezuelan people in other parts of the world, such as the case of the assets of Petroleos de Venezuela (PDVSA) and the Central Bank of Venezuela, they are taking advantage of the last moments of this false interim government."

The Secretary of International Relations of the PCV alerted the international community and especially the countries in the region that the position assumed by Washington is placing the peace of all of Latin America at risk. He also expressed their appreciation for the backing of different parties and organisations of the world who have manifested their rejection to this new attack of financial terrorism orchestrated by the Trump administration and invited them to incorporate themselves on the 10th of August, the day of international solidarity against the blockade, under the slogans #TrumpDesbloqueaaVenezuela #TrumpUnblockVenezuela and #ManosFueradeVenezuela #HandsOffVenezuela

Wimmer concluded the statement remarking that they will continue to work for the strengthening of the Anti-imperialist and Antifascist Popular Front as well as summering the urgent execution of a collective plan for the patriotic, democratic, and revolutionary organisations in defence of the nation.

See the link for full statement in Spanish and English.