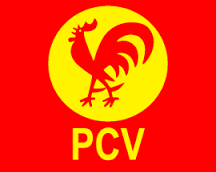 Yul Jabour, from the Polit Bureau of the Communist Party of Venezuela (PCV) calls for international support for the upcoming elections on 6th December.

The Political Bureau member of the Communist Party of Venezuela (PCV) and the candidate of the Assembly for the Great Patriotic Pole “Simon Bolivar”, Yul Jabour alerted that imperialism has a plan to frighten the voters and to deny the results of the upcoming December 6 legislative elections.

Jabour stressed that the US and its international and national allies have intensified a multi-faceted aggression against the process of Bolivarian revolution.

The communist leader highlighted that these interventionist actions rely on their allies within Venezuela, especially the national bourgeoisie and the opposition actors of the extreme right-wing to intensify the plans of a political destabilization and an economic sabotage in the following days.

Yul Jabour also expressed Communist Party’s solidarity with the French people, the victims and their families by pointing that these attacks are a direct consequence of the accomplice role which France played in the political interventions of NATO and the US in the Middle East.

Jabour stated that the Communist Party of Venezuela and its political forces are accomplishing an international struggle, promoting the solidarity expressions with the Venezuelan people and the Bolivarian revolution while accusing the imperialism with aggressions and plans against it.