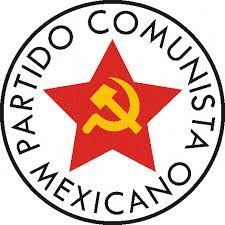 Communist Party of Mexico (PCM) released a statement on the occasion of the recent protests all around the country against the educational reform of Peña Nieto government about the character of the Mexican state and misconceptions of the opposition.

Mexican parliament’s approval of the government’s educational reform in December 2015, resulted in a new wave of protests from April onwards all around the country. Teachers and students massively protested the new law on the ground that the national system of standardized evaluations of teachers brought by the law eliminates teachers’ job security and ultimately will lead to the privatization of whole educational system. Communist Party of Mexico, which actively participated in the protests, released a statement where the character of the Mexican state and government, as well as the weaknesses of the opposition, is highlighted.

In the statement, the presidential term of Peña Nieto was defined to be marked by hunger, misery, state terrorism and violation of human rights, labor exploitation and corruption. It was highlighted that the share allocated from the public budget for the repressive state instruments dramatically grew and a series of new laws were passed in the direction to limit the political action of workers and popular sectors. According to the statement, the educational reform as the judicial, tax and labor reforms is part of a policy that emerged in the context of economic crisis of capitalism and that aimed at attacking on labor and union rights that were won in the last 100 years by the proletarian struggle with the fundamental intervention of revolutionaries and the communists. Repressive mechanisms work to protect monopoly rights, by committing outrageous crimes against the people, demobilizing masses, sowing fear and despair.

PCM stated that the intensifying state terror and repression that have come to fore once again with the recent attacks towards the education workers, including their expulsion from Mexico City, caused misconceptions about the character of state as a fascist one. According to the statement, in spite of the persecutions and harassment by the Peña Nieto administration against the PCM members, the Party won’t fall into the error to make disproportionate assessments, since for an efficient and successful struggle a correct strategy and tactic depending on a realistic analysis exempt from exaggerations and alarming is needed. The ideologically confused groups and organizations however, “have been for years saying that fascism comes, fascism has already arrived, that fascism is already here.”

In the statement it was added that with the same lack of seriousness those groups and organizations call for general strike without a minimum effort for halting the production, an act, which requires a real organization effort in every workplace. Contrary to the characterizations of the Mexican state with fascism, Communist Party maintains:

Those who insist on characterizing inappropriately the Mexican government as fascist, are seeking a pretext for folding away our flags and goals for the sake of new social democracy, and that in one way or another concentrate forces in reinforcement of bourgeois democracy…”

Instead of the old tactic of the opportunist forces to follow mobilization-bargaining-mobilization scheme, the PCM, trusting the organizational capacity of Mexican workers, claims the necessity of a united anti-monopoly, anti-capitalist and anti-imperialist front with the programmatic objective to overthrow the power of the monopolies.