PCdoB reiterate unconditional solidarity with the people of Venezuela 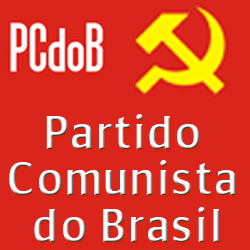 Jose Reinaldo Carvalho, Secretary of International Relations of PCdoB, made a statement on March 14 where he condemned the hostility of the new Foreign Minister Aloysio Nunes towards the government of Venezuela.
In his statement, Carvalho recalled that after the coup d’état against President Dilma Rousseff, the first foreign minister of the Brazilian government, Jose Serra, focused his efforts to attack the Latin American integration and particularly targeted the Bolivarian Republic of Venezuela. The diplomacy of the coup d’état was completely in line with the interests of the United States, which considered destabilization of the Venezuelan government as a principal objective.
Carvalho remarked that Aloysio Nunes, who succeeded Serra following a short and disastrous period of ministry, was a furious inveterate swindler who maintained the diplomacy of the coup d’état, which was already evident in his first declarations where he raised his tone against the sister country, questioned the Venezuelan democracy and defamed its government.
Carvalho emphasized, “a government which is the fruit of a coup d’état, at the service of undermining the Latin American integration, the national sovereignty and the social rights of the peoples, is devoid of the morality and authority to give lessons of democracy, and it.”
“The Bolivarian Revolution bravely and fearlessly confronts the boycotts, sabotages, and national and foreign right-wing attacks, all of whom are obedient of the dictates of the US imperialism and aim at restoring the order of the old Venezuelan oligarchy”, said Carvalho.
The Secretary  continued as:

“PCdoB presents, its full and unconditional solidarity with the people of Venezuela and the government of President Nicolás Maduro, and is confident that the revolution will move forward with the deepening of the popular power and the organization of a powerful and unified form of resistance in defense of the democracy and national sovereignty of Venezuela.”