PB member of the CP of Cuba, Miguel Diaz-Canel elected as President of Cuba 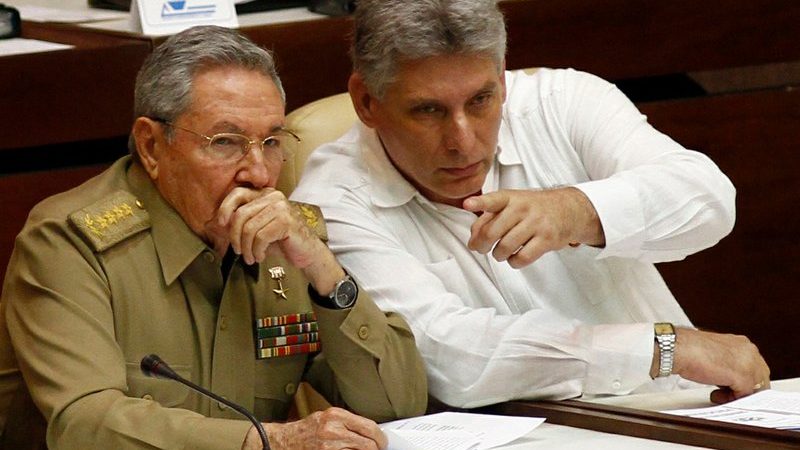 Vice President of Cuba, Diaz-Canel, member of the Political Bureau of the Communist Party of Cuba, replaces Raul Castro as President of the State Council.
ICP, 19 April 2018
According to Prensa Latina, the Cuban Parliament elected Miguel Diaz-Canel as president of the State Council for a term of five years, the National Electoral Commission announced here today. "From this moment on, you are the new President of the Council of State and of Ministers of the Republic of Cuba," Parliament Speaker Esteban Lazo told Diaz Canel an invited him to sit at the presiding chair of the National Assembly.
As the former vice president, Diaz-Canel received unanimous support of the National Assembly of the People's Power (99.83 percent of 605 votes) in the vote yesterday after 9th Legislature was inaugurated at Havana Convention Center. The electronic engineer and master in Management, who was born on April 20, 1960, accumulates extensive experience as a student and political organizations leader.
Since 2003, Diaz-Canel is a member of the Political Bureau of the Communist Party of Cuba (PCC), while at the governmental level he was appointed in 2009 Minister of Higher Education and promoted in February 2013 to the first vice presidency of the Councils of State and Ministers. Before he was the political leader in the provinces of Villa Clara and Holguin as secretary of the Communist Party in those regions.
Diaz-Canel replaces Raul Castro as president of Cuba. The army general has expressed on several occasions his decision to conclude his term in office after two terms and with the start of the 9th Legislature. Speaker Lazo invited Raul Castro to the podium and embraced Diaz Canel as a demostration of the continuity of the Cuban revolutionary process.
Parliamentarians including the Minister of Culture, Abel Prieto, the Communisty Party first secretary in Havana, Mercedes Lopez; the director of the National Choir of Cuba, Digna Guerra, and self-employed (worker of the private sector) Jorge Luis Romero, agreed on assuring the continuity of the Revolution is guaranteed.
In that sense, they highlighted the commitment of the new generation of Cubans to the historical generation that led the process of transformation initiated on January 1, 1959, with the legacy of commander in chief Fidel Castro (1926-2016), and Raul Castro.
Tweet