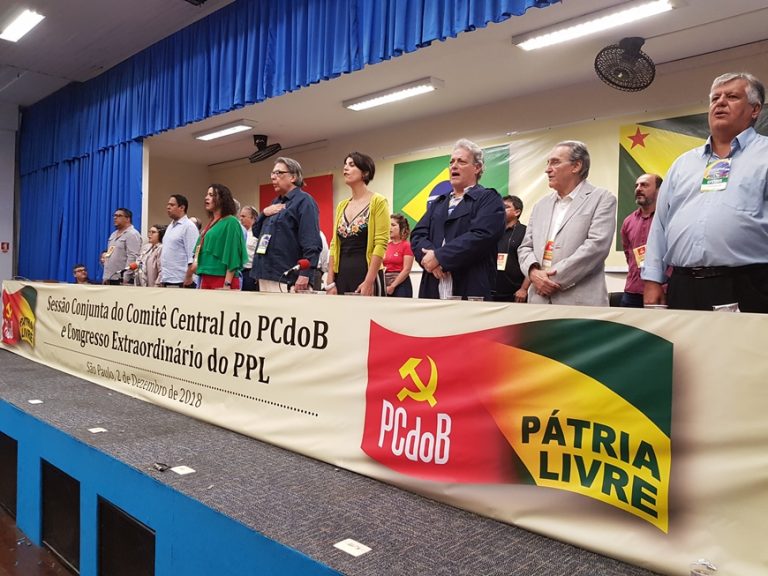 The PPL and PCdoB leaderships declared the unification stressing the need to defend democracy, the 1988 Constitution, the rights of workers against Bolsonaro.

Free Motherland Party (PPL) joined the Communist Party of Brazil (PCdoB), as was announced by the Presidents of the two parties on November 26, 2018. The decision was officialized through the congressional decision of the PPL, taken on December 1, and a joint meeting of the two parties' representatives, which took place on December 2. The decisions of unification and convention of an extraordinary Congress to be convened on the 17th of March, in order to determine the new, joint Central Committee, were also accepted at the Central Committee meeting of PCdoB on November 30.

As was declared in the 14th Congress, PCdoB stresses the importance of the “conformation of a broad movement, a bloc, a wide political and social front that has as its core the defense of democracy”. Consistently, in the declaration through which the decision of the unification was declared, the presidents of PPL and PCdoB affirmed: "The election of Jair Bolsonaro, of the extreme right, puts in high risk the democracy, the national sovereignty and the rights of the Brazilian people. Faced with this reality, it is necessary to unite the broadest political, social, economic and cultural forces to wage resistance and to exercise opposition, with the defense of democracy, the 1988 Constitution, the rights of workers and their interests”.

Speech of the national president of PCdoB, Luciana Santos, on November 30, at the opening of the Central Committee meeting: https://i21.org.br/en/pcdob-pronunciamentos/luciana-santos-abrir-caminho...