CP of Venezuela warns of the provocation against its cadre 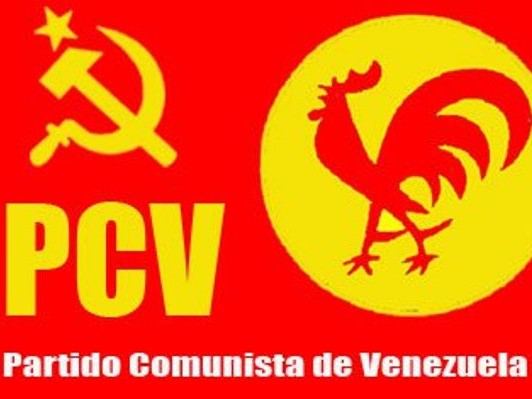 PCV denounces the campaign against its leader revealing corruptions.
ICP, 22 August 2018
The Political Bureau of the Central Committee of the Communist Party of Venezuela (PCV) issued a statement on August 16. Recently, a campaign was launched against Yhon Luna, member of the CC of the PCV and of the Regional Committee of the Táchira State, Deputy of the Legislative Council, president of the Permanent Commission of Policy, Justice, Citizen Security, Human Rights and Border. Luna had processed various complaints against corruption, mafias and the violation of fundamental rights of respect for life, which were presumably executed by institutions of legal administration and officials of state security agencies.
At the beginning of the statement, the PCV reminds that for 87 years the Party has been striving for constructing and deepening the revolutionary unity of the workers and peasants as the main objective in their historical mission for the construction of a true socialist country. Referring to the conclusions issued by the 15th Congress and the 14th National Conference, where President Maduro attended and signed the common agreement between the PCV and the United Socialist Party of Venezuela, the PCV declares that it has always been clear, frank, direct and sincere with the Venezuelan people.
The PCV sees the explanation of the recent efforts to link the Party to terrorist acts in the war that bourgeoisie and fascism have unleashed for distorting the historical references of communists and criminalizing the legal struggle of the people against imperialist domination. The statement alerts the people in relation with imperialist provocations designed for dividing revolutionary forces and their ruling nuclei. The statement rejects any attempt to link the Party or any of its leaders and militants with terrorist, fascist, corrupt and unpatriotic acts and calls for the appointment of a special commission to conduct an impartial investigation free of the contamination of particular interests of certain state security officials.
The statement ends as follows:
"The PCV will continue with its historical conduct denouncing the imperialist aggression and, at the same time, any act contrary to the interests of the working people of the city and the countryside, as well as corruption wherever it may be, whether it involves sectors of the great capital or the action of entrenched mafias within the institutions, agencies and security bodies of the Venezuelan State."
See the link for full text in Spanish.
Tweet