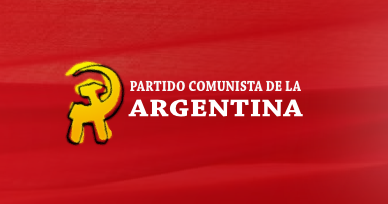 PCA released a statement stressing the solidarity between the parties in the Front for Victory and drew attention to the capitalist crisis that has created a big chaos, adding that this chaos was used as an excuse of intervention in Iraq, Libya and the Middle East. PCA's statement also touched on the crisis in Greece, pointing to the failure of Syriza on not being able to pay the debts of the country, yet having more political and economical problems as a result of the relationship with the EU.
The Communist Party of Argentina holds the US and  EU the responsible for the political atmosphere in the world as they have been supporting Islamic State gangs for the purpose of destabilizing the Middle East.
The statement continues by supporting the process which has been managing in Argentina to make structural reforms in the system of the country:

“We have the will and the determination to work for keeping the process open and to fight for its defense and deepening. Therefore, for Latin America and Argentina, it is good, it is positive, it is necessary to win the Front for Victory. It is clear which problems exist, which don’t exist, and we understand there won’t be any in the medium term. This is a crisis of depth, but also a slow decline in some of the indices.”