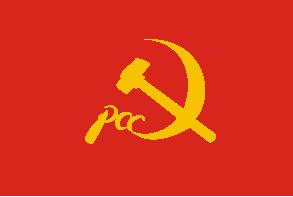 The PCC has released a statement greeting the agreement between FARC-EP and the Colombian Government.

The Colombian Communist Party has released a declaration greeting the agreement, signed by Colombian President Juan Manuel Santos, and the maximum leader of the Revolutionary Armed Forces of Colombia-People’s Army (FARC-EP), Timoleón Jiménez.
In the decleration it is stated that, the Colombian communists consider this agreement as an important progress to advance towards the political solution of a long war and as an acknowledgment of the victimization in Colombia which has been going on for decades, against the citizens by destroying the human rights, by arms trafficking and by using Narco-Paramilitary groups.

The PCC has drawn the attention to the warmongering plans of the United States like the Plan LASO and the Plan Colombia which turned into obstacles for the dialogues but on the other hand greeted the agreement of Quito between the presidents Santos and Maduro which created a dialogue route for further relations with Venezuela: to improve it, to solve it and to consolidate the Latin-American support to the peace process.

The Colombian Communist Party has ended the declaration by calling the Colombian People to be alert and in disposition to realize and to make to fulfill the peace agreements.