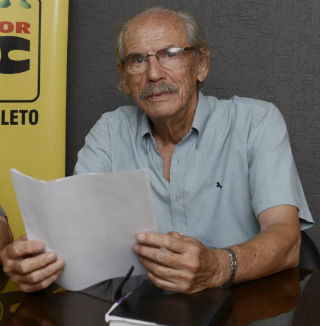 Chairman of Paraguayan Communist Party Carlos Luis Casabianca passed away on the morning of 28th October.

Carlos Luis was born in the year 1927 and like all of his family joined the Communist Party ranks for long years of struggle.

During the murderous dictatorship of Stroessner in Paraguay, communist Carlos Luis was on exile in Buenos Aires not abondoning his struggle. He then returned to Paraguay and continued fighting underground for his Party and his country.

Carlos Luis, who died 88 years old, had worked as a journalist, lawyer, book seller, builder and academician at Estocolmo University, through his communist life.