'Time to stand up and say NO!' 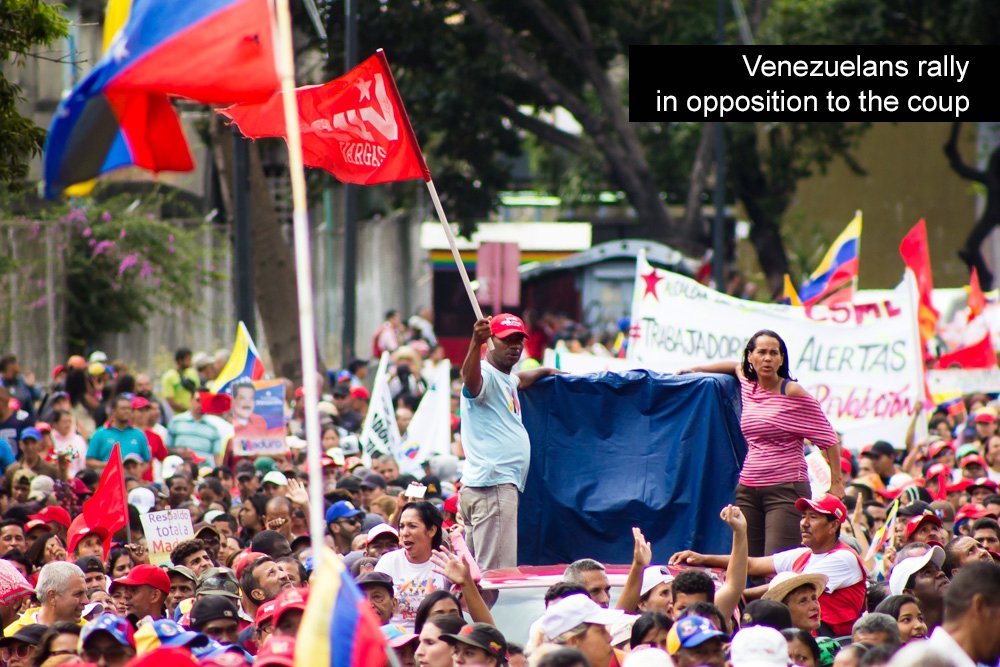 The ANSWER coalition released a call for a massive march against Trump's agression against Venezuela for March 16th.
ICP, 12 February 2019
The ANSWER Coalition, of which the Party for Socialism and Liberation (PSL) is a founding member called for a national march in DC on March 16th against the Trump administration’s effort to engineer a coup in Venezuela. The statement released to initiate the call for the march said:
" The aggressive policy against Venezuela repeats the ugly pattern of wars for regime change in the oil-rich countries of Iraq and Libya. National Security Advisor John Bolton is reading from the same script, declaring a “troika of tyranny” in Latin America (like the “axis of evil”) as a precursor for regime change first in Venezuela, and then Cuba and Nicaragua. Trump has always said that the “mistake” of the Middle East wars was that the U.S. didn’t “take the oil.”

It is time to stand up and with a clear voice say NO to the newest example of the “Monroe Doctrine,” which the U.S. government has used for over two centuries to repeatedly invade Latin America and Caribbean, control its politics and extract its resources."

The action has already been endorsed by many anti-war organizations and prominent anti-imperialist and anti-war activists.

The original call for action can be read here.