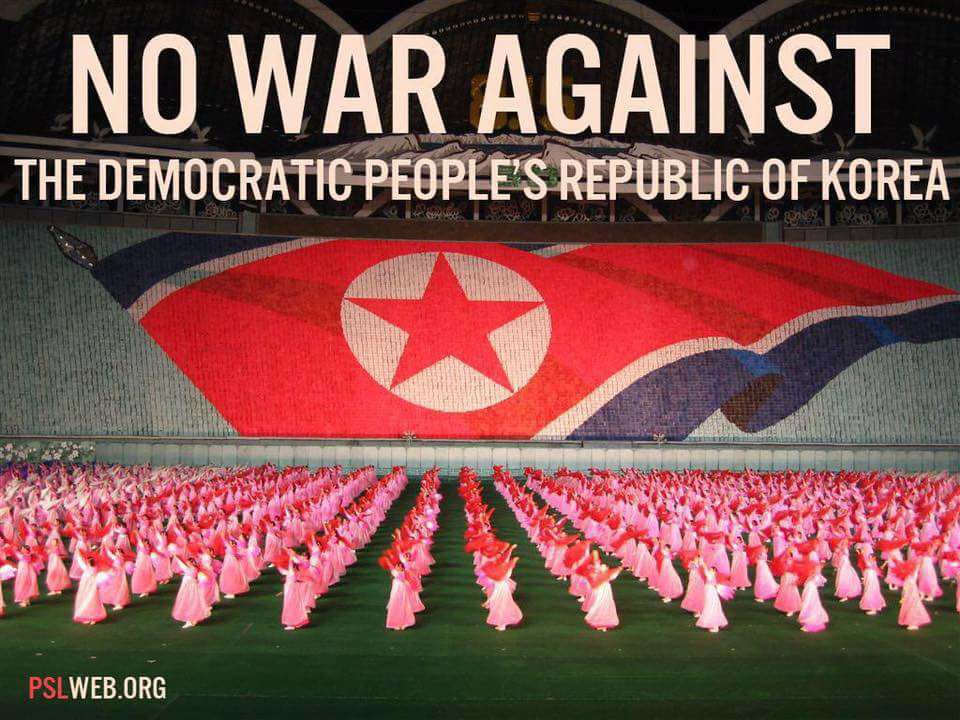 The Party for Socialism and Liberation published an article analyzing the reasons behind the recent escalation of U.S. aggression towards DPRK.

he Party for Socialism and Liberation published an article analyzing the reasons behind the recent escalation of U.S. aggression towards DPRK. The article connected the timing of the recent US provocations to the recent political instability in South Korea and Park Geun-hye, the South Korean President's impeachment.

"As Park’s imminent impeachment grew closer, the U.S. began deploying the first elements of the highly unpopular and contested Terminal High Altitude Area Defense System (THAAD) system. Park’s government was responsible for the decision to house THAAD in South Korea, which was formalized in July 2016, even though her government has been discredited and she has been impeached, the deployment is rolling forward. It was initially scheduled to be deployed at the end of 2017.
U.S. imperialism is asserting its role as the primary power in the country in this moment of political transition. The reason the Pentagon is in high gear is that the forerunner of the next election, to be held within 60 days of the impeachment and rumored to occur on May 9, is Moon Jae-in of the Democratic Party. Moon has flip-flopped on THAAD a few times, but has most recently announced his opposition to it. Moon’s opposition is entirely pragmatic: he doesn’t want to antagonize China, which rightfully sees itself as the target of THAAD.

The goal is to box Moon in by having THAAD entirely operational before the election, which is a likely possibility. Still, Washington is definitely nervous about the potential for changing tides in South Korea regarding the country’s relations with China and, just as significantly, North Korea."

The article also stressed the importance of defending all of the peoples and states resisting U.S. imperialist aggression and respect their right to self-determination, especially for those progressive forces organizing in the heart of U.S. imperialism itself.

For the full article see the link