PSL: 'The people of Venezuela have spoken once again' 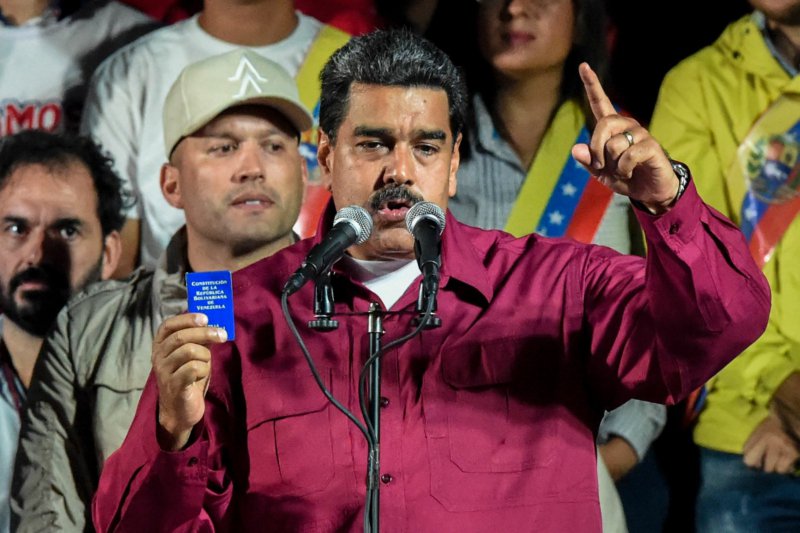 Following the Venezuelan elections, the Party for Socialism and Liberation issued a message of solidarity to President Maduro originally posted here on Liberation News website.

"The Party for Socialism and Liberation, in the United States, sends our solidarity to President Nicolás Maduro on your overwhelming victory and re-election, and we extend our congratulations to the Venezuelan people who mobilized and voted to defend the Bolivarian revolution.
Your victory is especially noteworthy in the face of the ongoing economic war, sanctions and covert operations by the Trump administration that have targeted Venezuela. The U.S. government seeks to create hunger and economic suffering to achieve its efforts to topple a people’s government. This policy, at its roots, constitutes the commission of crimes against humanity. Using food and medicine as a weapon of economic war by the most powerful nation must be condemned not only as a breach of law but even more importantly as a breach of morality, ethics and basic standards of human decency.

Trump, the CIA, and most of the corporate-owned media in the United States have worked night and day to delegitimize the elections. But the Venezuela people have spoken once again. Now Trump is threatening to retaliate against this exercise of democracy by escalating the economic war, including the threat to embargo Venezuelan oil.

We, the people in the United States who oppose imperial domination and defend Venezuela’s struggle to retain both its sovereignty and its far-reaching efforts to ensure social and economic justice for its citizens, will intensify our efforts to build solidarity with the Bolivarian revolution.

Again, please accept our congratulations and our solidarity."