PSL: No Separations! No Detentions! No Deportations! Full Rights for All! 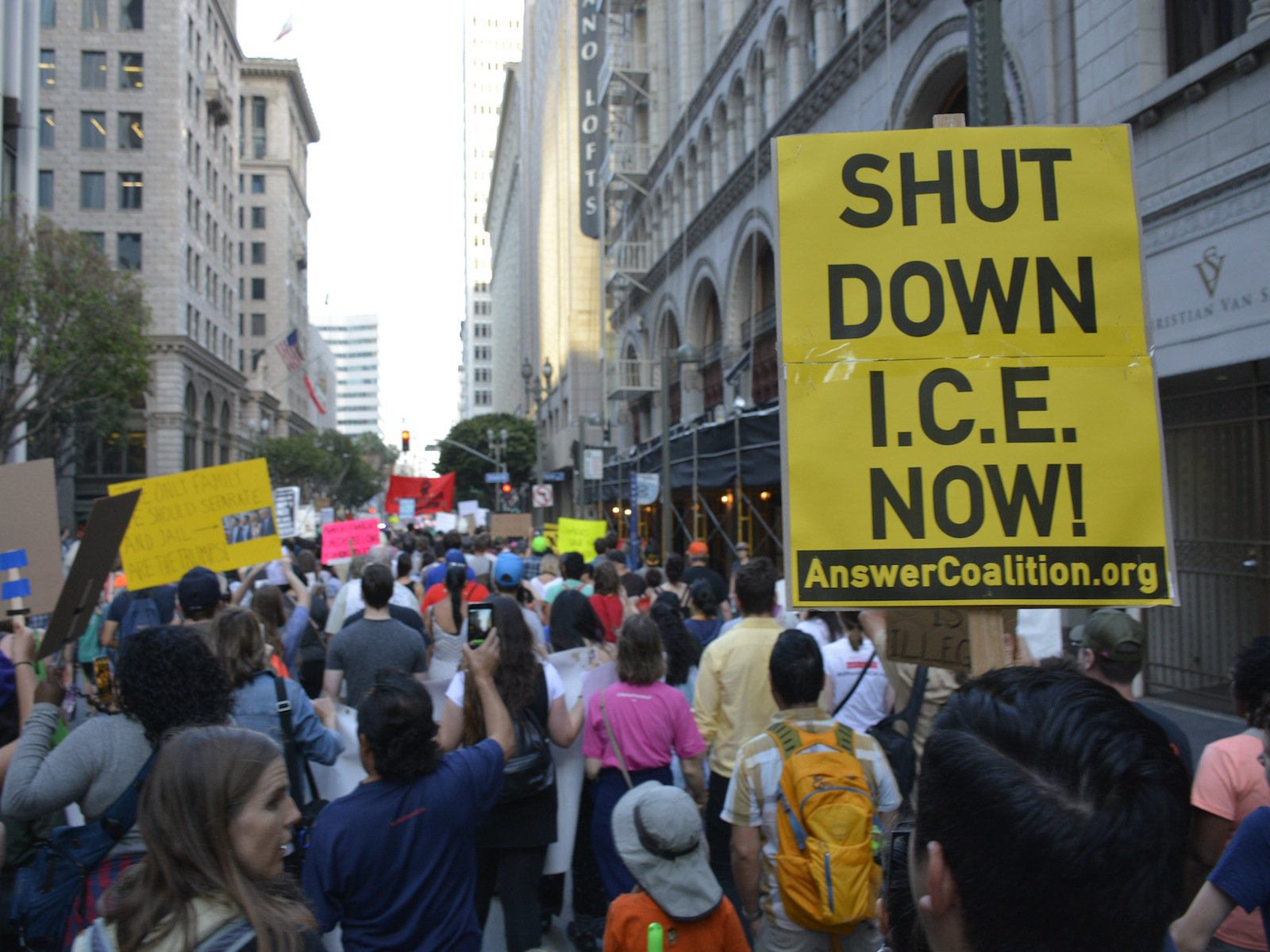 The Party for Socialism and Liberation says deportation policy is a 'bipartisan creation' and calls to continue mobilization for immigrant rights.

According to an article issued on 20 June in Liberation News, the newspaper of the Party for Socialism and Liberation (PSL), an intense period of anti-racist mass mobilization has forced Donald Trump to sign an executive order that will allegedly ‘end the practice of separating detained immigrant children from their families’. However, the Executive Order does not make a difference for the 2,300 children who have been detained and separated from their parents. The article underlines that ‘Simply jailing entire families together, as Democratic Party-aligned politicians and organizations desire, does not solve the problem — the problem is that they are being held in cages in the first place!’

The solution is to ‘immediately release everyone waiting on an application for asylum so that they can pursue their asylum claim in a safe environment free from coercion and with full legal representation in accordance with international law’. Reminding that the Executive Order only states that the policy will end “where appropriate and consistent with law and available resources”, the article in Liberation News says ‘it is even unclear if the Executive Order will truly end future family separations’.

The article goes as follows:

‘The deportation and detention machine that causes so much terror and suffering is a thoroughly bipartisan creation. Although ICE and Border Patrol’s cruelty has been amplified by the Trump administration’s so-called “zero tolerance” policy, each successive administration since the Clinton presidency has moved to bolster the authority and capabilities of this apparatus. Barack Obama was labeled by the immigrant rights movement as the “Deporter in-Chief” due to the enormous number of undocumented people rounded up and kicked out of the country under his leadership — vastly more than any of his predecessors.’

The voice of the Party for Socialism and Liberation announces that mass protests for immigrant rights will take place across the country on June 30, including what is likely to be a huge gathering in Washington, D.C. The PSL calls to continue the mobilization ‘to defeat the entirety of the Trump administration’s anti-immigrant campaign’ and asserts that it will do everything to mobilize for these and other actions, reiterating its demands, ‘No Separations! No Detentions! No Deportations! Full Rights for All!’