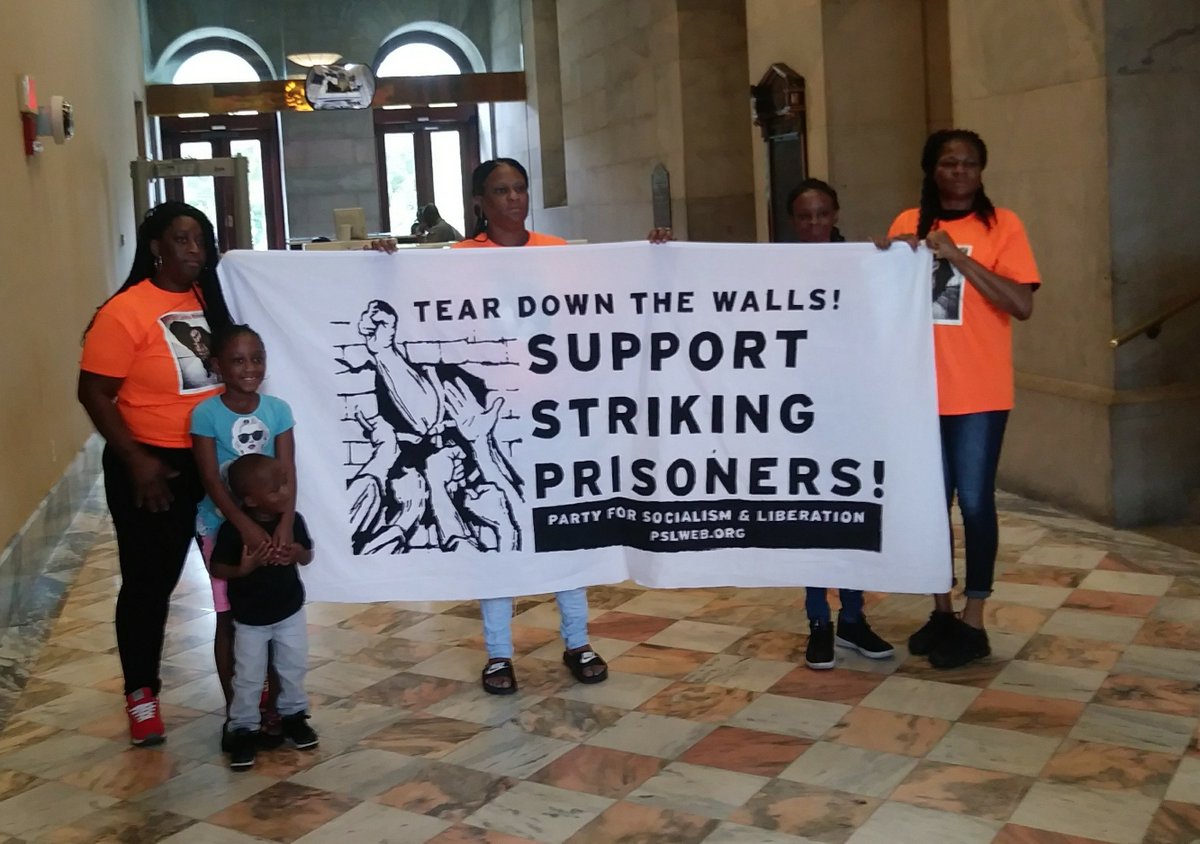 The Party for Socialism and Liberation (PSL) from the United States expressed its full solidarity with the National Prison Strike from Aug. 21 to Sept. 9.

The statement said the following:

'With just 4 percent of the world’s population, the United States holds 22 percent of all prisoners worldwide. In both absolute numbers and as a percentage of the population, the U.S. is the number one jailer on the face of the Earth. This mass incarceration, which holds roughly 7 million people in jail, on probation and on parole, is no more than a military solution to a social problem. It uses the power of the state, the criminal code, to try to contain the fallout from its campaign of forced deprivation for working class people in oppressed communities.

This year’s National Prison Strike is part of a growing movement — rejuvenated by the 2010 Georgia Prison Strike — which is fighting for human rights for prisoners. The prison strike serves to highlight not only the brutality from guards, the overcrowding and poor environmental conditions, but the basic injustices that send so many into these institutions in the first place.

'The strike shines a light on these abuses the capitalist state fights hard to hide. It also helps us point our light in the direction of building a society designed to meet people’s needs, not to maximize profits — a world in which human dignity is valued, and no one is forced to victimize another for survival or out of hatred and trauma — a socialist world.

'It is critical that all those who consider themselves progressive and revolutionary support the prison strike. The Party for Socialism and Liberation is proud to be initiating and joining solidarity actions across the country and calls upon others to participate in these important events.'