Protesters converge in Washington D.C. for biggest U.S. protest in solidarity with Venezuela 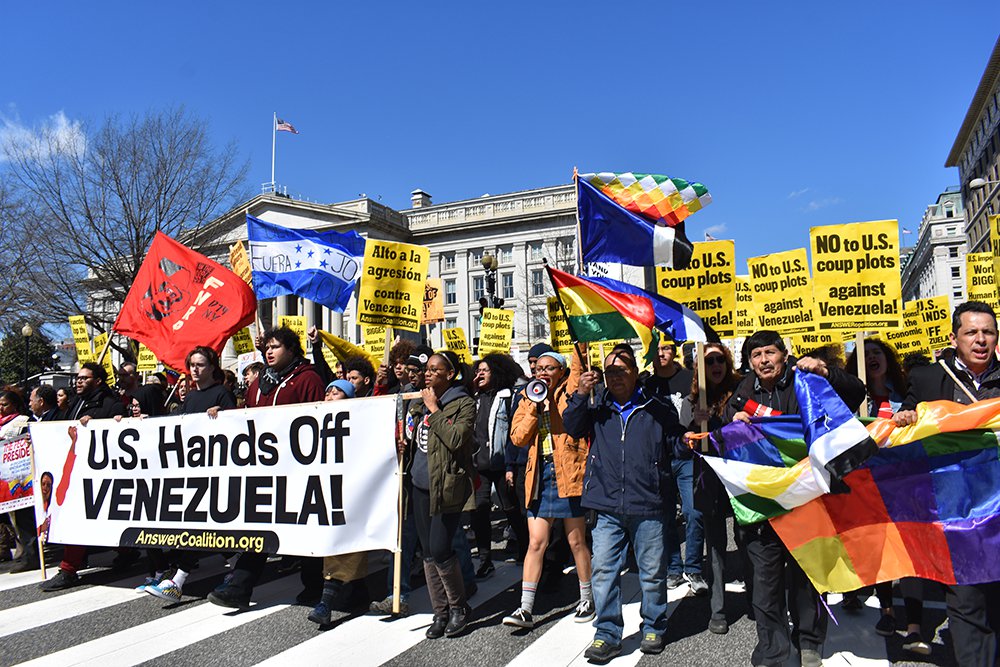 The Party for Socialism and Liberation stated that a massive demonstration took place on 16 March initiated by the ANSWER Coalition against Trump’s coup in Venezuela.

According to statement of the Party for Socialism and Liberation (PSL), the largest demonstration to date inside the United States in opposition to Donald Trump’s planned coup in Venezuela took place in Washington D.C. on March 16. The action, initiated by the ANSWER Coalition of which the PSL is a key member and endorsed by scores of progressive organizations and hundreds of grassroots leaders, gathered in front of the White House to say no to sanctions, the coup, and war against Venezuela.

“We’ve reached one of the most critical stages,” said Eugene Puryear of the ANSWER Coalition. “They want to create a dirty war, they want to foment unrest, they want to use whatever underhanded tactic they can to try and pit the Venezuelan people against each other … to create chaos that they can then use as a pretext for further intervention.”

The video from the event can be watched here.