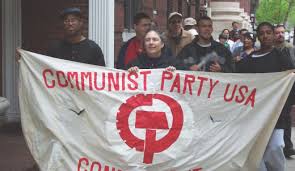 In a recent article published by CP USA as a response to the latest State of the Union Address by President Obama, it was stated that Obama projected a bold vision for a more socially and economically just nation while appealing to the hopes of the American people.

The article noted the creation of millions of new jobs, normalization of relations with Cuba, the Iran nuclear deal and Obamacare and extension of health care to 18 million people as the achievements of the Obama administration. According to the article, the free trade deals, deportations of undocumented immigrants were listed as administration policies that moved in the wrong direction.

It was also mentioned in the article the need for "a radical restructuring of the economy"which includes "curbing the power of Wall Street financial institutions, redistribution of wealth through taxing the rich and ending corporate welfare, transitioning to a green economy with a mass public works jobs program, raising the minimum wage to $15/ hour, and public takeover of the energy industry." This proposed economic model is said to be like the one which is advocated by Sen. Bernie Sanders.

"The US needs a new peaceful, non-interventionist foreign policy including elimination of weapons of mass destruction, closing military bases while radically downsizing the US military.
Also needed are radical reforms expanding democratic rights including collective bargaining, affirmative action, criminal justice reform, decriminalization of marijuana, a radical reduction of the prison population and a path to citizenship for millions of immigrants."  wrote the article additionally.