100 years since the Socialist Congress convened in Mexico City 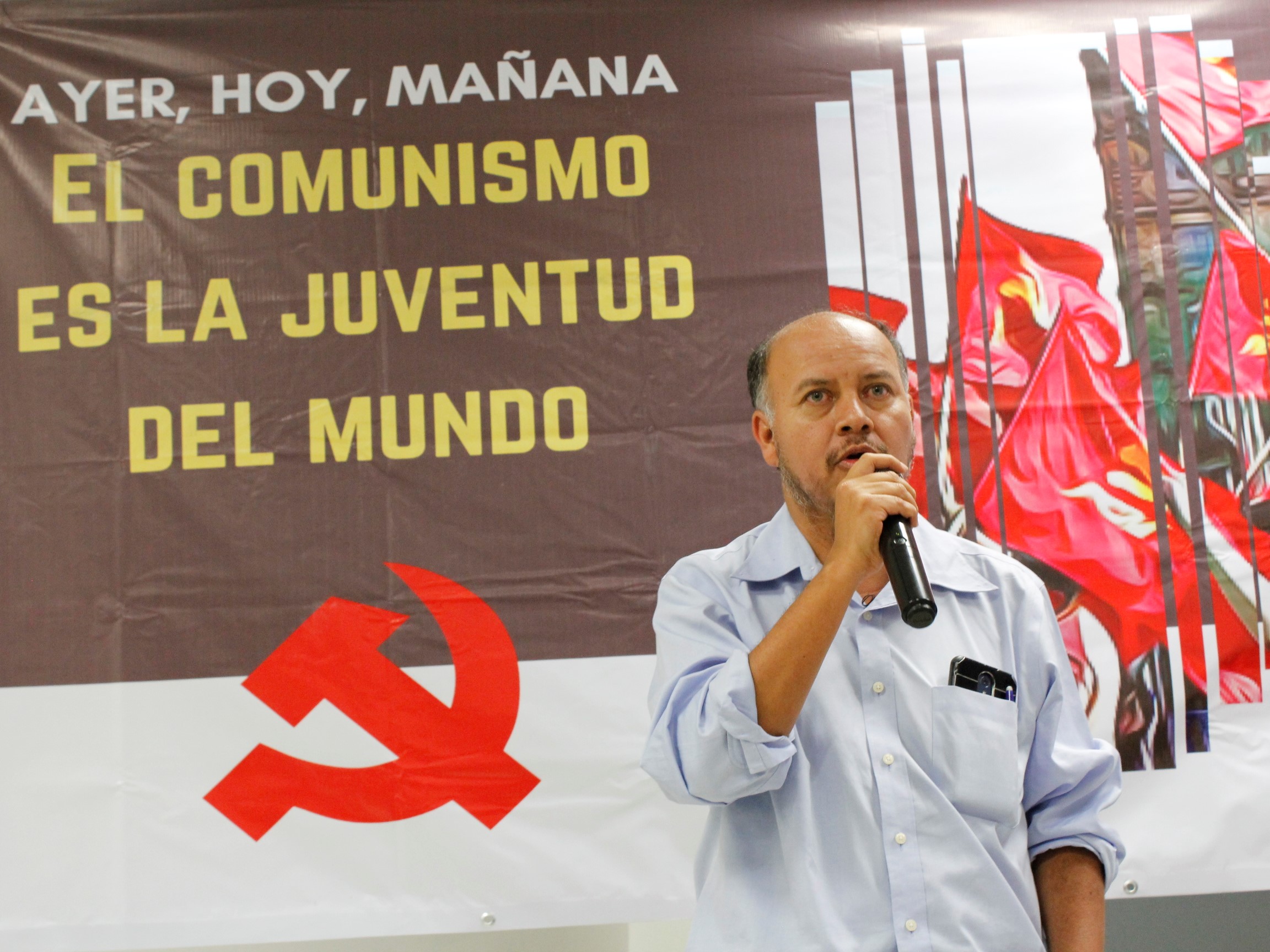 PCM commemorated the convention of the Socialist Congress in 1919.
ICP, 21 September 2019
The Communist Party of Mexico (PCM) and the Federation of Young Communists (FJC) commemorated the convention of the National Socialist Congress in August-September 1919 in Mexico City The Congress had announced the initial steps of the communist movement in Mexico and led to the foundation of the PCM in December 1921. The act of commemoration was part of a series of activities of the PCM, among 73 others so far, heading to the central act, “A century of struggle of the Communists of Mexico” that will take place in November and where the 25th anniversary of the reorganization of the PCM in 1994 will also be commemorated.
Among speakers were Mario Rivera, the secretary general of the Communist Youth of Mexico in 1950, and member of the CC of the PCM; Arturo Martínez Nateras, leader of the Communist Youth in the 60s, student leader in 1968, and organizational secretary of the CC of the PCM in the 70s; and Luciano López Zamudio, the last leader of the Communist Youth in the 70s and member of the Political Commission of the PCM before the dissolution of the first PCM in 1981. All of them stressed the importance of raising once again the organized work of the Communist Party in Mexico.
Omar Cota, the Political Secretary of the FJC, took the floor. As a communist of the 21st century, Cota insisted on the importance of studying and recovering the history of the communist movement in Mexico, both of its successes and its errors. He proposed a critical view to study the root causes of the tactical and strategic changes that the first PCM went through, its ideological problems, its political deviations and other organic difficulties that gave way to its dissolution in 1981. Cota reiterated that their program prescribes that it is up to the working class in alliance with the popular sectors to immediately carry out the socialist-communist revolution in Mexico without intermediate stages. He announced that the new generation of communists launches a new stage in the history of the revolutionary movement in Mexico.
After Omar Cota, it was Pável Blanco, the First Secretary of the CC of the PCM, who took the floor. Blanco talked about the events of the year 1919, which eventually led to the foundation of the Mexican Section of the Communist International in 1921. He explained the meaning of a Communist Party with the need to overthrow capitalism and the need to build a new society in Mexico and the World based on workers' power - the dictatorship of the proletariat - the socialization of concentrated means of production, the central planning of the economy. The First Secretary declared that the PCM will demonstrate in fact the need for class independence of the Communist Party and its autonomy with the celebrations of the 100 years of struggle. At the end of his speech, Blanco reiterated their solidarity with the FARC-EP.
See the link for the speeches of Cota and Blanco in Spanish.
Tweet