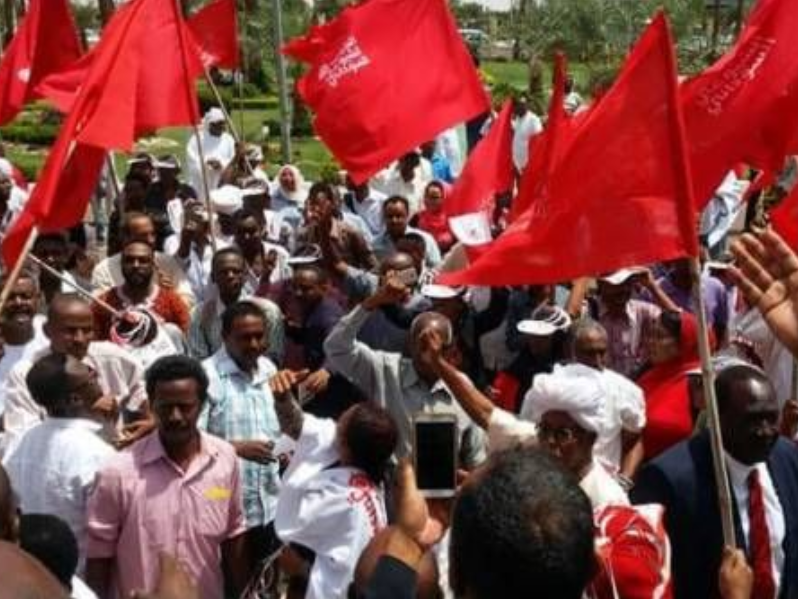 Sudanese CP declared that the proposed agreement is not acceptable to the forces for Freedom and Change.
ICP, 18 July 2019
Confusing and contradictory news surrounded the "Agreement" between the Alliance of the Forces for Freedom and Change and the Transitional Military Council (TMC). However, the Central Committee of the Sudanese Communist Party made clear that the "Agreement" that had been received does not meet neither the aspiration nor the achievement of the goals of the revolution. It called for the continuation of the mass actions until achieving the civil rule.
According to the statement of the Communist Party issued on July 25, the "Agreement" accepts all the undemocratic laws of Albashir’s regime and does not consider at all Sudan's sovereignty. The text approves all international and regional agreements made by the defunct regime, especially the Arab military Alliance waging the war in Yemen, the agreement with Africom, and the facilities given to the CIA station in the country. The Party reiterates the demands regarding the immediate establishment of the Legislative Council and the acceptance of a local national committee, rather than an international committee, to investigate the crimes of the junta. Meanwhile, the proposed text for agreement is meant to maintain the dictatorial and deep state since it keeps in tact the interests of the parasitic factions, the repressive organs of the state and militias, including the Rapid Support forces and the national information and security. Moreover, the "Agreement" provides the Transitional Military Council with protection against any future prosecution.
The Central Committee of the Sudanese CP declare that the Party will not participate in any of the three levels of government during the transitional period.
Tweet