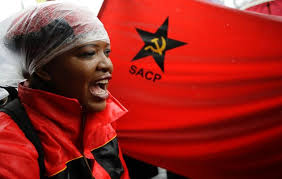 The South African Communist Party (SACP) declared its support to the ANC in the local elections.

The South African Communist Party (SACP) declared its support to the African National Congress (ANC) in the local elections for the Manguang metropolitan municipality. Manguang is within the Free State which governs Bloemfontein, South Africa's judicial capital.

The SACP underlined the concerns of the local communities, focusing on household indebtedness and the transformation of the financial sector, halting of evictions, deepening participatory governence, food security, building of cooperatives and sustainable livelihoods for the people, ending outsourcing and contracting out of the work and job creation with a bias for the youth employment programme.

Concerning the tensions between the SACP and the ANC, the party authorities pointed out that "the election campaing presents an opportunity for maximum unity within the alliance and the peoples' camp."