Palestine: A hundred years of struggle 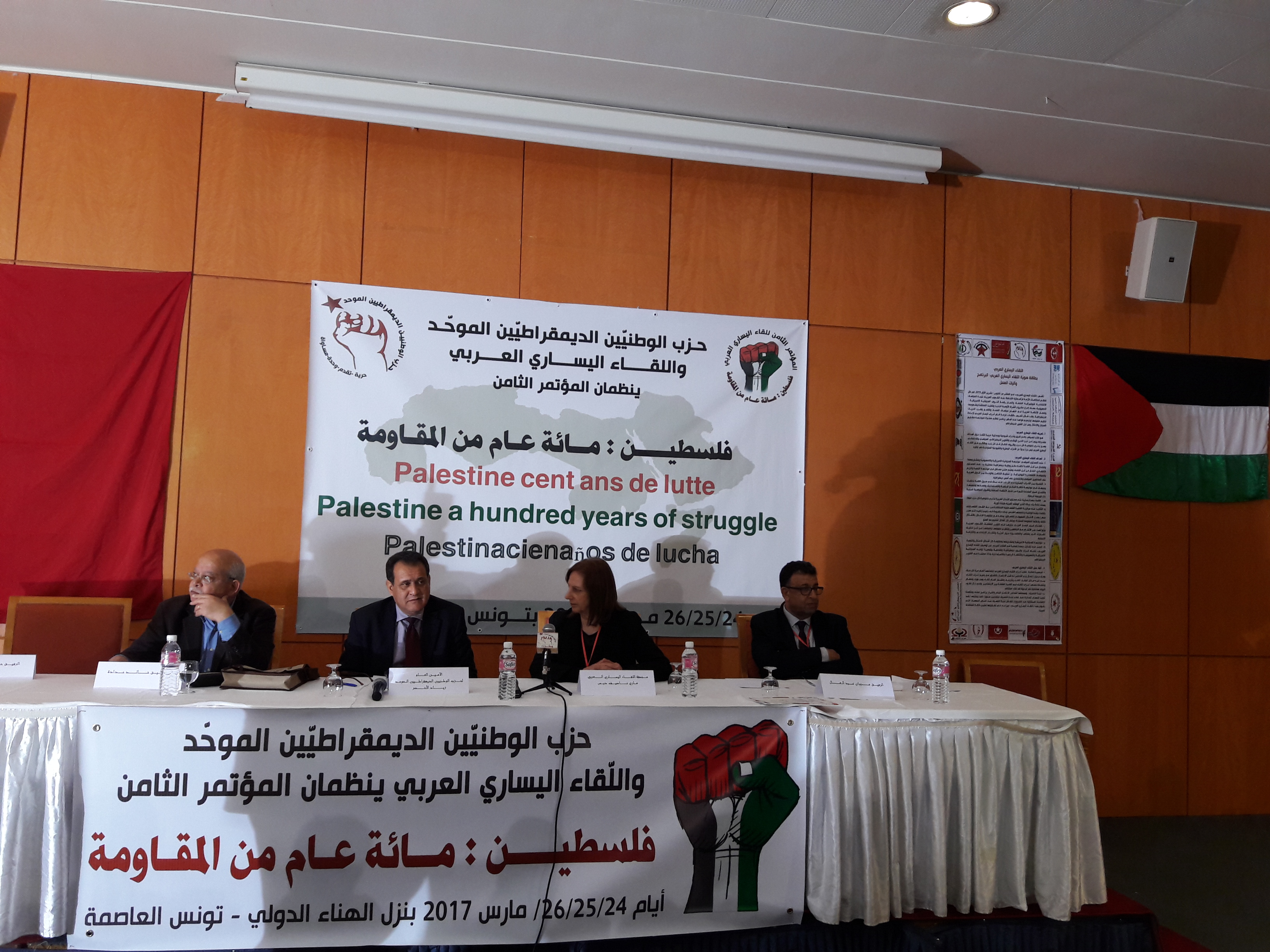 Eighth Annual Meeting of the Arab Left Forum began in Tunisia on 24th of March.

Eighth Annual Meeting of the Arab Left, themed with the Palestine question, has begun in Tunisia on 24th of March. The meeting is hosted by the United Democratic Patriotic Party of Tunisia. The General Secretary of the host Party, Sukru Belayid, was killed as an assassin in Tunisia, where the Arab Spring turned into a reactionary regime, and this assassination was a turning point in the process of the Islamists' fall from power.
In the course of the three-day meeting, eight working sessions will be held apart from the openning session. In these sessions, the Palestinian question and the  surrounding international and regional dynamics will be discussed. At this year's meeting of the ALF, coordinated by the Lebanese Communist Party, some particular Parties from within the international communist movement were invited, as well as the members.